Behind the Keg …A New Angle on the Beer Fest

Hi, my name is Sara, long-time patron, first time volunteer. Yesterday I attended Central  City Brewing’s Winter Cask Festival and for the first time ever I took up post behind the keg as a volunteer server. My partner and I headed over to Central City a bit early to sample a few of the casks before our shifts started. Nice turnout of local, BC and Washington State brewers with casks coming from Central City (of course), Storm, Tofino Brewing, Parallel 49, Cannery, Salt Spring Brewing, Spinnakers, Port Townsend and Boundary Bay just to name a few. Central City was packed to rafters with every conceivable inch of space taken up by a beer geek, a table of beer geeks or a row of kegs and a server. Beers were mapped out by style in small stations circling the pub. 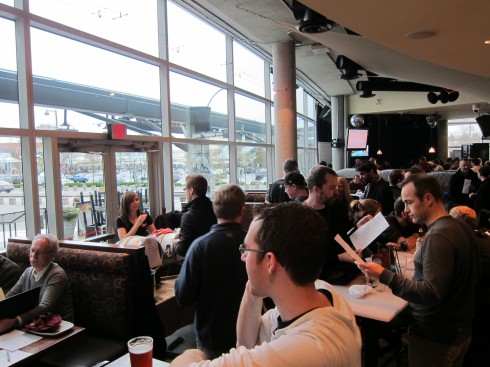 One of the great things about beer fests is they afford brewers a chance to try something really creative in a relatively small sample; for instance, Parallel 49 offered a Campfire Smores Stout, Spinnakers had a Peppercorn Saison and Canoe an Asian Fusion Pale Ale. As a patron it is fun to try some of these more challenging flavour combinations in a small pour instead of committing to a whole pint or god-forbid an entire six pack. Often these out-there beers are something I would only want in a small sample as they probably wouldn’t make their way into my regular rotation. Some of the stand-outs for me were Tofino Brewing’s Bourbon Coffee Porter, Russell’s JD Barrel Aged Scotch Ale, Canoe’s Asian Fusion Pale Ale (think ginger and pear), Lighthouse Houblonic Plague and for something clean and easy on the palate Steamworks Pilsner.

So will I be offering up my skills as a beer server at another beer fest? Absolutely. It was so much fun being behind the scenes chatting with brewers, servers and fellow beer geeks. The volunteers were treated very well by the folks at Central City, we were fed, given t-shirts, admission and tokens. Everybody seemed to be having a really good time, which made the 3.5 hour shift fly by in no time. Working the keg allowed me to gleam invaluable on-fly-assessments of the different beers as well as being to privy to opinions on everything from the best place to shop for beer cross-border, how to open a new brewery, fashion advice and everything in between. In the same way that brewing your own beer only heightens your appreciation for the craft, I would highly recommend that every beer enthusiast tries their hand at working the taps at least once it really does give you an entirely different perspective on how beer fests are organized and run. Cheers to the folks at Central City for a great event! 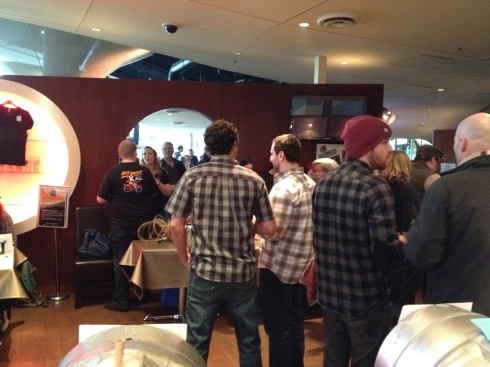